Sixty male participants who did not suffer from liver or kidney ailments and not taking drugs or supplements that might have had an effect on the lipid system   were selected, and they were given a blood test one week before the rhamnan sulfate administration. Sixteen of the participants with relatively high levels of cholesterol in their blood were selected to serve as the study participants. They were given 3 g of rhamnan sulfate 30 minutes after breakfast every day for six weeks. Blood tests were carried out before  study participants started ingesting rhamnan sulfate and at two, four, and six weeks thereafter to measure the lipid levels in their blood. 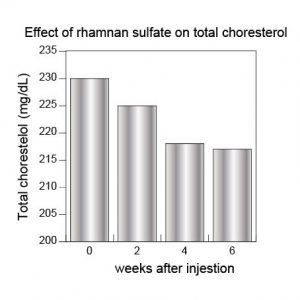 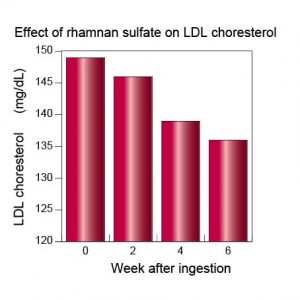 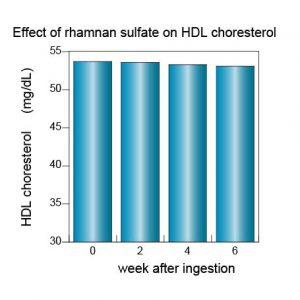